Where people and the new meet

56 000 m2 and million visits per year. Over 300 tenants. From museums to galleries, from artists to musicians, from dance to martial arts – and beyond. That’s Cable Factory, the biggest cultural centre in Finland. Yet it was increasingly perceived to be for Helsinki’s cultural elite only, and difficult to approach and explore for an outsider.

This existential challenge was expected to be addressed and solved through a brand development project, ultimately leading up to an introduction of a new identity.

Tying together the world

Cable Factory is a treasure trove of arts and culture. All about togetherness and new, unexpected encounters. Epitomised by positive collisions of people, ideas and activities. Cable Factory tying together the world. Different cultures. Art forms. Everything. The whole identity literally being tied together by Cable Factory’s logo. Tying together its essence, in perfect sync with the name itself. Begging to be put in motion when possible, but working equally well in static form. Accommodating the needed language versions without troubles too.

Where a slogan keeps reinventing itself

It’s where a bassist dances aikido. It’s where jazz juggles inspiration. And it’s where a slogan keeps reinventing itself. A dynamic solution with infinite variations, also providing a way to dive deeper into the offering of the centre. 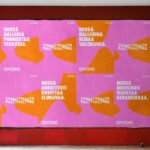 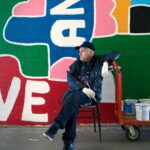 Cable Factory might be an eternal cradle of idealism, an ever-ongoing revolution, but it still pays homage to its heritage too: The visual identity is inspired by the iconic mural “Let Me Be Your Mental Dentist”, delighting the visitors of the centre since 1994 – created by one of the forerunners of modern street art and “the original Berlin Wall artist”, Thierry Noir. Through repeating, mutating and combining the familiar shapes and colours the identity applications produce limitless new takes on the original artwork. 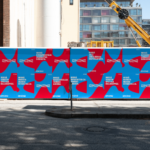 The iconic building was originally designed by famous Finnish industrial architect Wäinö Gustaf Palmqvist, and built for Suomen Kaapelitehdas Oy as a cable factory in 1939–1954, hence the name. At the time, it was the largest building in Finland. In 1966 Suomen Kumitehdas Oy, Nokia Oy and Suomen Kaapelitehdas are merged to form Oy Nokia Ab, producing cables and developing mobile phone technology at the Cable Factory until the cessation of production operations in 1987. In 1987 the former factory was transformed into a cultural center with various private and public organisations that can organise large and small events, concerts, exhibitions, fairs and festivals. Also various artist studios enliven the old factory milieu. 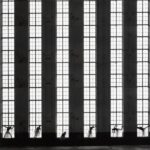 “At Cable Factory, we were super happy with our new logo as well as with the new brand identity that BOND created. From the very start we had the feeling that BOND understood what we were looking for and we were very impressed how they managed to convert our thoughts into creative designs” rejoices Kai Huotari, the Managing Director of The Cable Factory. 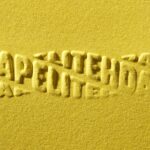 We use some stuff to track you!
Read more